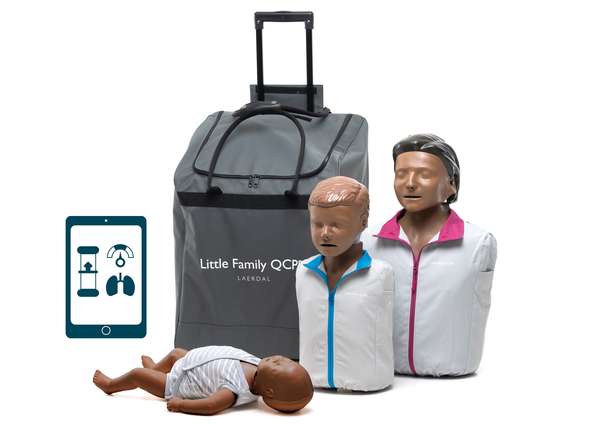 Did you know that for more than 50 years, Laerdal Medical has been dedicated to supporting the advancement of Resuscitation Science?

The Little QCPR manikins are more than just manikins. They are the best-in-class solution for CPR training packed with real-time, multi-manikin QCPR feedback technology, gamifying features, life-like anatomy, and debriefing functionality to motivate learning to go from “passed” to perfection!

1. The Little QCPR Manikins come in both light and dark skin tones to represent diversity.

Did you know that in out-of-hospital cardiac arrest situations, Black children are half as likely to receive CPR from bystanders than White children? A nationwide study found that Black and Hispanic individuals were 41% less likely than White individuals to receive CPR when suffering cardiac arrest in public1. According to Paul S. Chan, MD, Professor of Medicine at the University of Missouri-Kansas City School of Medicine and the Saint Luke's Mid America Heart Institute, implicit or explicit bias could also factor into bystanders' willingness to assist people of color2 - so it is important for images and manikins used in CPR training to reflect a diversity of racial groups. Even though bystanders were present in all cases, data showed CPR was attempted less than half the time3.

Moreover, women are less likely to get help when experiencing a cardiac arrest. A 2018 study found 45% of men received bystander CPR while only 39% of women did. Men had 23% higher odds of survival than women4. Read more on the reasons why here. 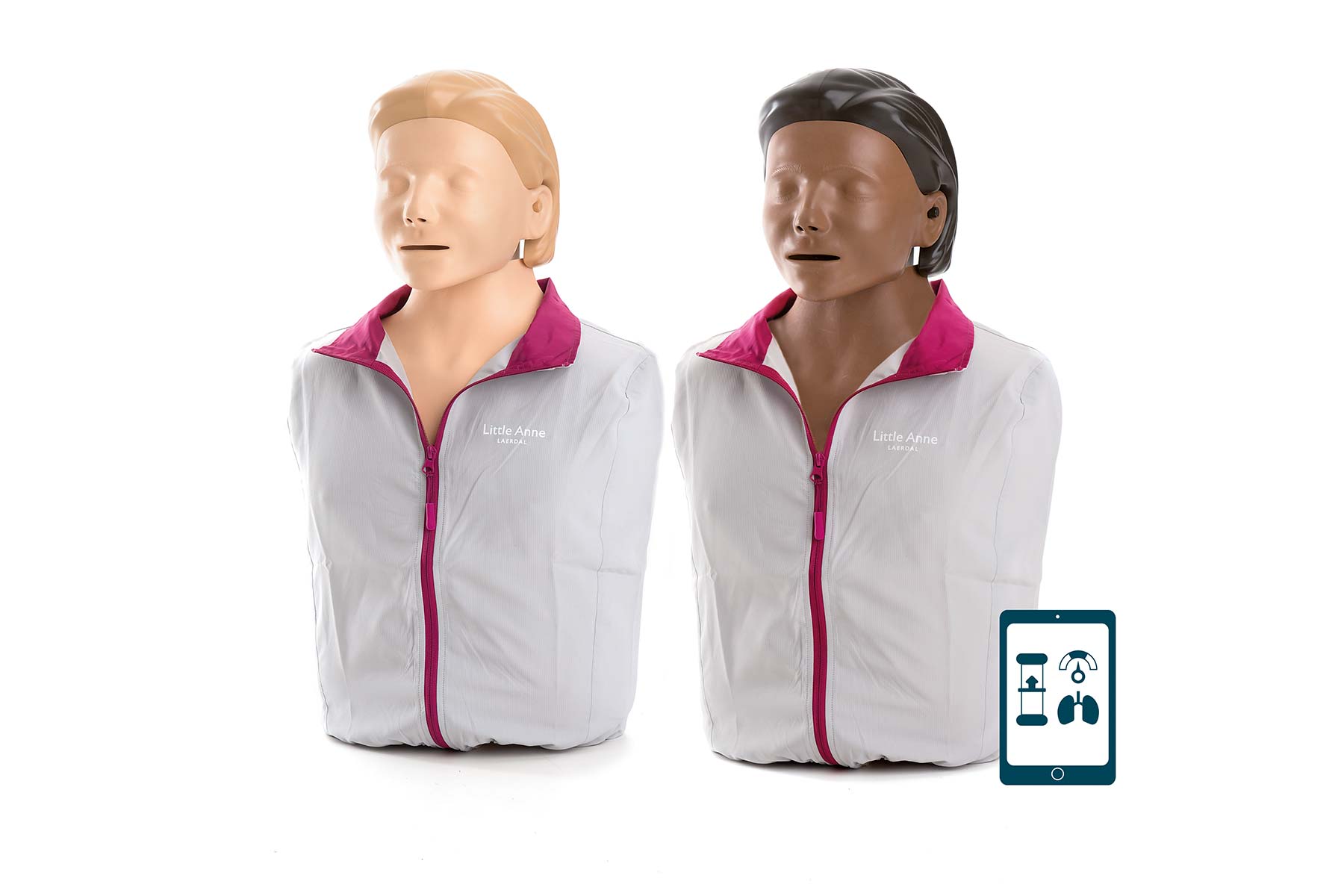 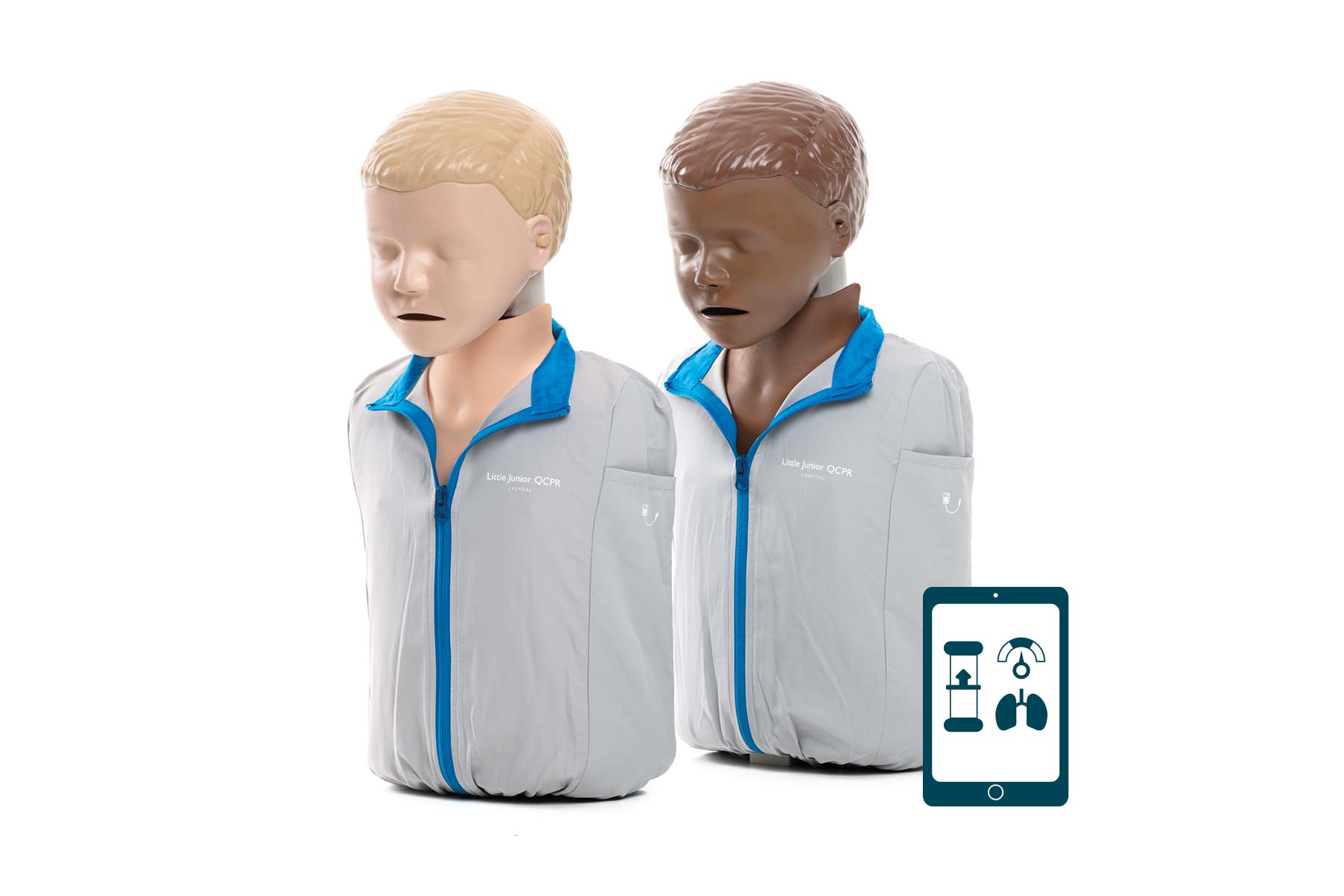 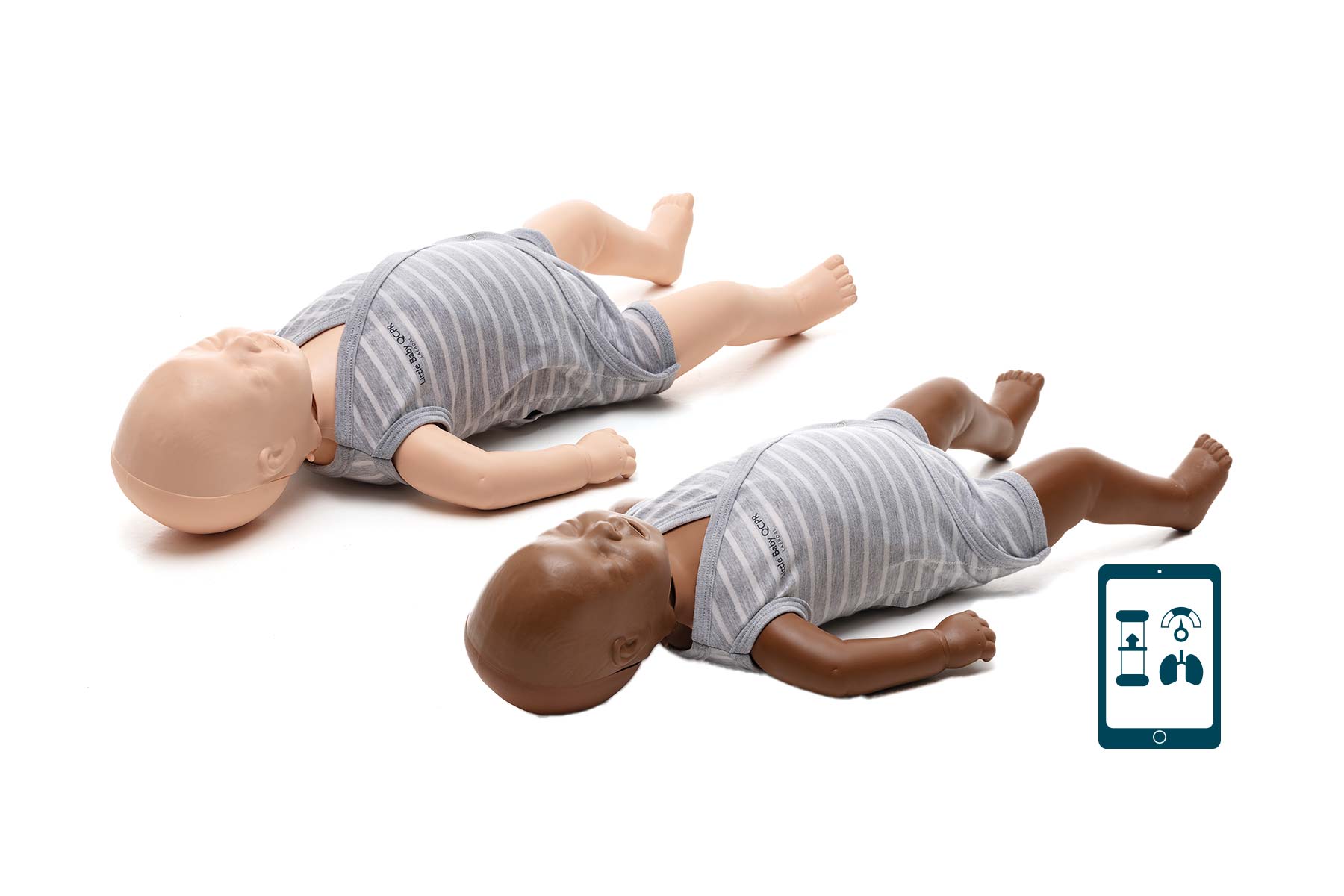 2. You can upgrade your Little Anne & Little Junior to QCPR Technology to become AHA or H&S guideline compliant.

How do I know if I have a Little Anne manufactured after February 1999? Find Out Here.

3. You can train for all age groups with one bundle called the Little Family QCPR.

This is a convenient package of age-specific CPR training manikins with a carry case for ease of transport and storage. All 3 work with the latest QCPR feedback technology and are offered in dark or light skin tones. 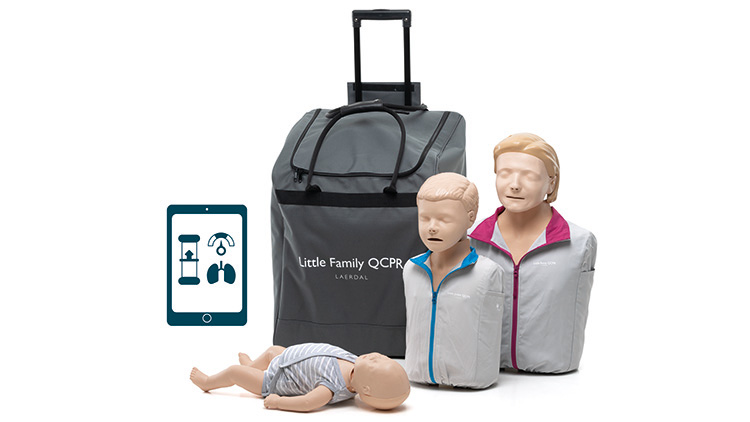 4. The Little QCPR manikins go above and beyond the AHA Guidelines, for ease-of-mind training and certification.

On October 21, 2020, the American Heart Association published the 2020 Guidelines for CPR & ECC. At a minimum, the device must provide real-time audio feedback or visual feedback (or both) on compression rate, and depth. The Heart & Stroke foundation, in Canada, followed suit in February 2021.

The Little QCPR manikins provide feedback on the following:

5. Get QCPR real-time feedback in more ways than one. 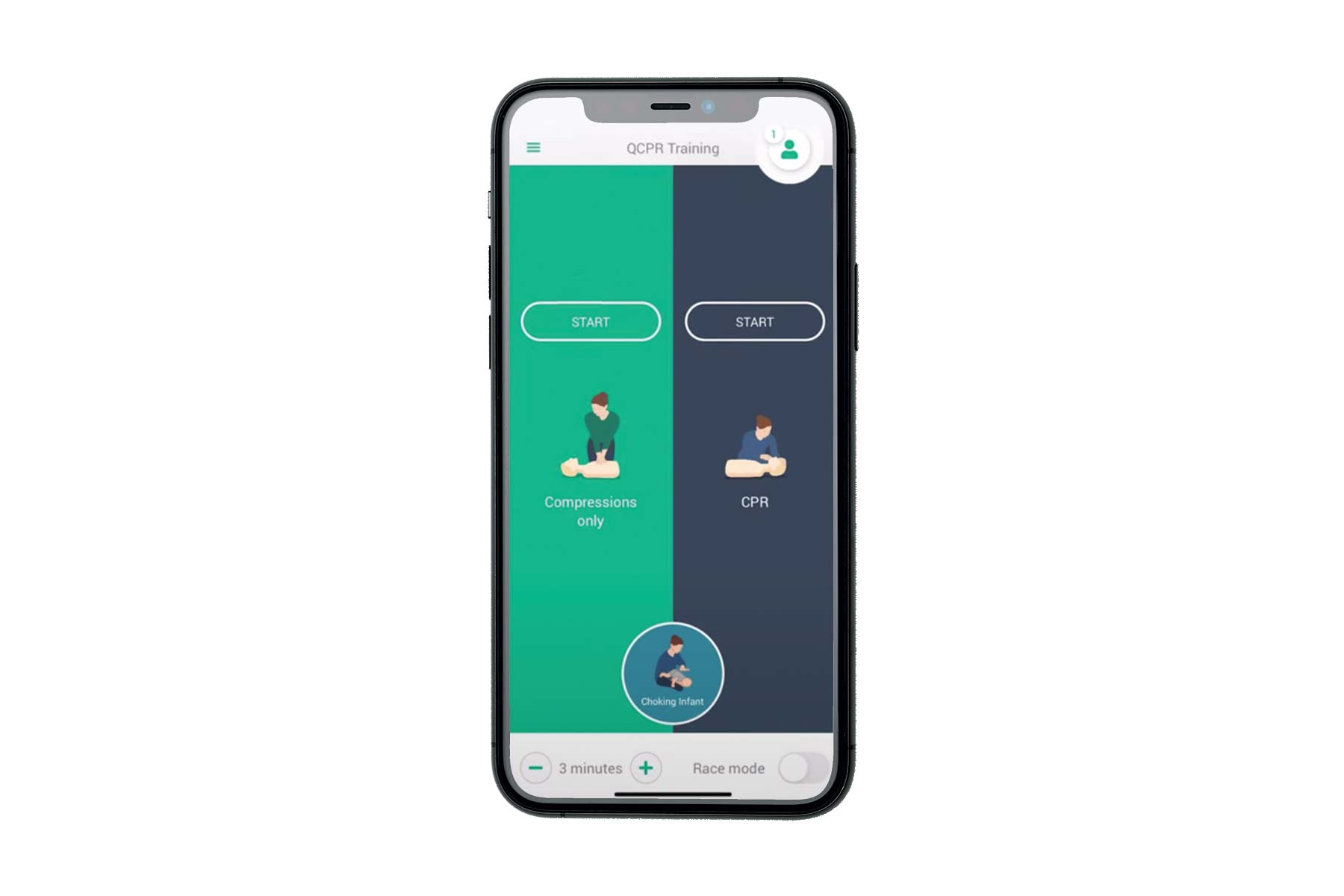 Find out more on the mobile device specification details here. 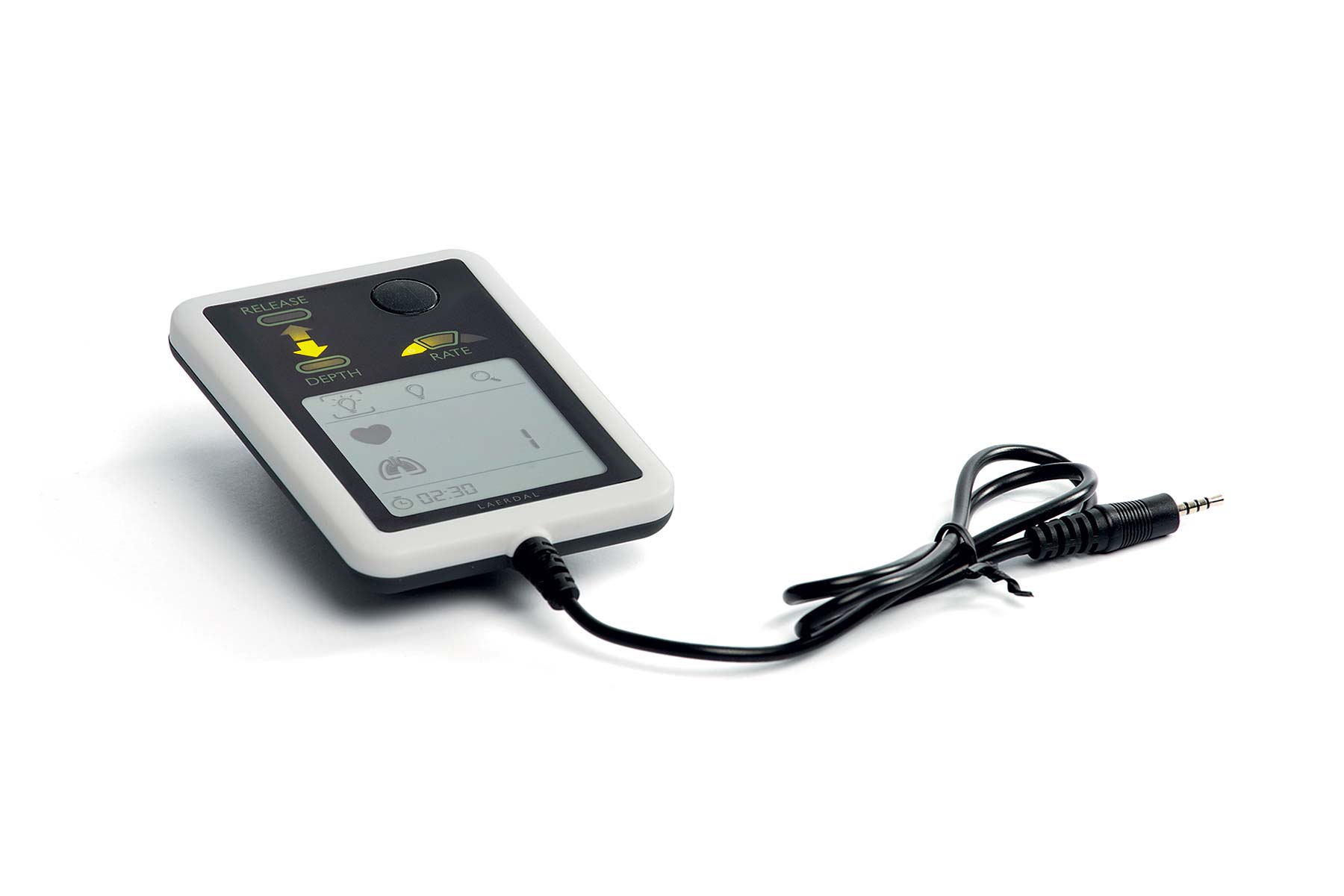 The SkillGuide is a plug & play solution that provides the ability to measure and track the same CPR skills measured with the mobile apps.

For optimal use, the QCPR Training App is used by the instructor to oversee up to 6 learners, while the SkillGuide is used for each learner's self-monitoring of their QCPR skills.

6. You can monitor your students simultaneously by connecting up to 6 manikins with the QCPR Training App and up to 42 with the QCPR Classroom app.

Depending on your class size and objectives, you can connect different numbers of manikins to the different applications using the manikin’s Bluetooth feature. 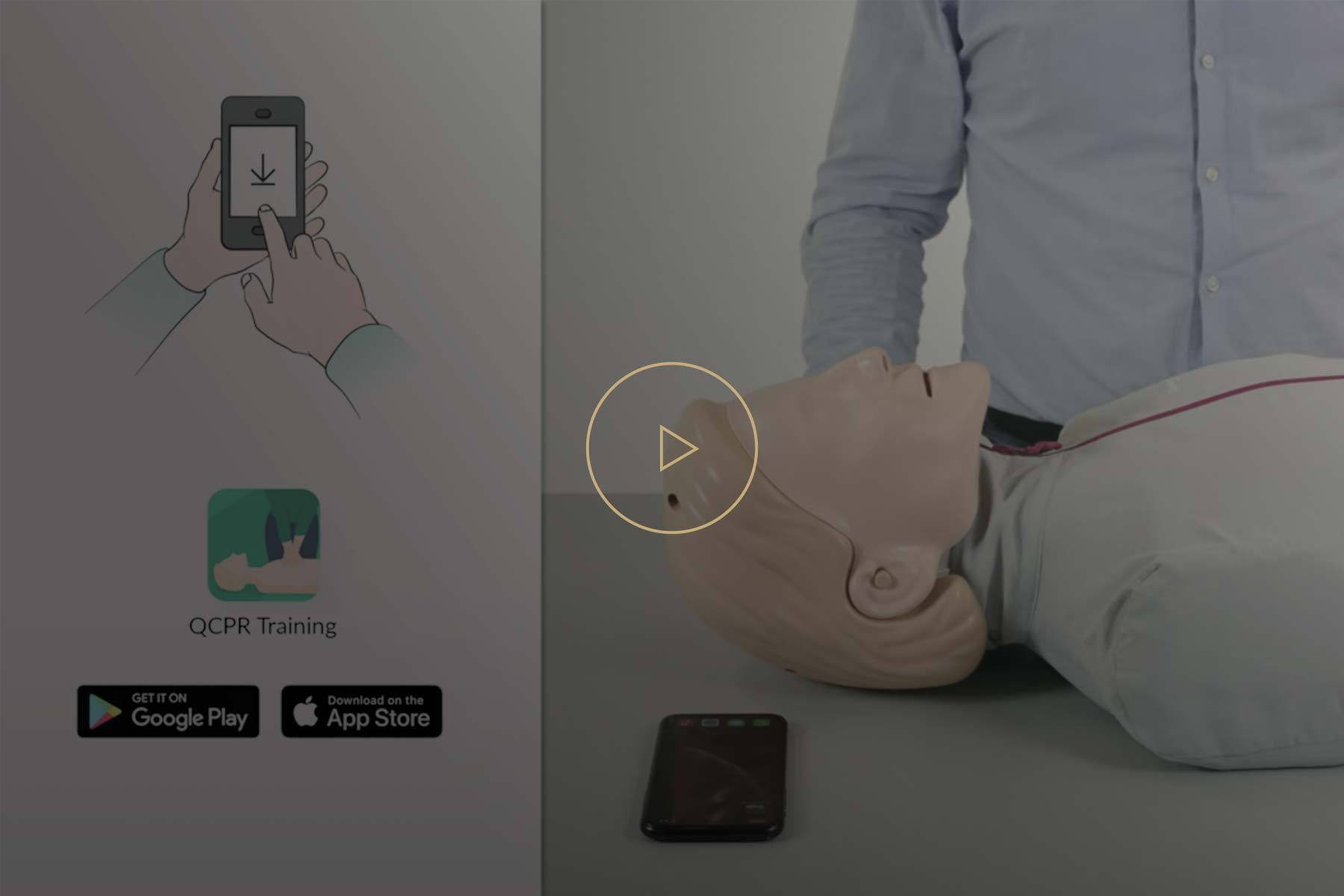 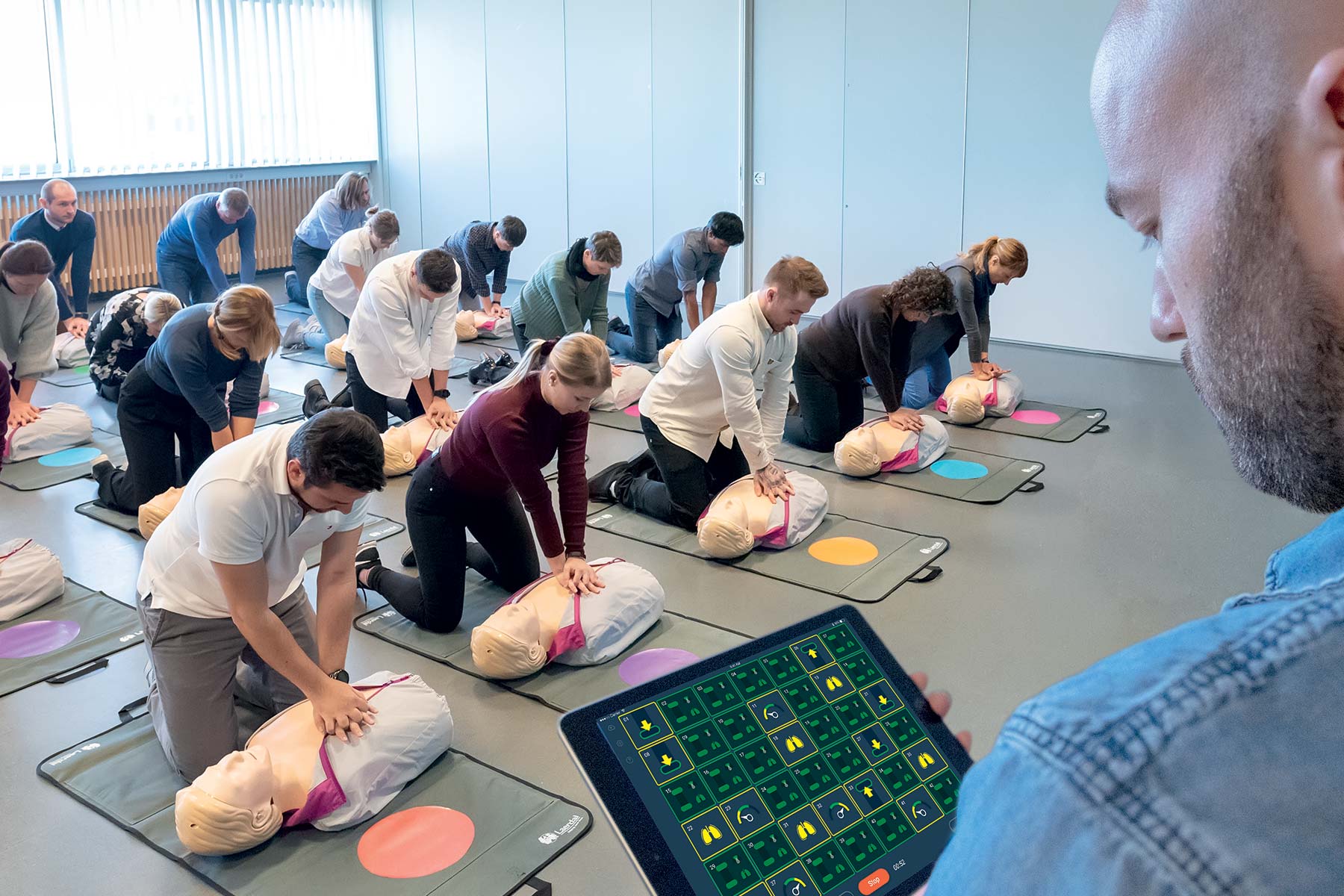 7. You can change the language of the QCPR app(s) yourself.

8. Engaging your learners can be a tough task. Do it with ease using the QCPR Apps with Race Mode!

What is race mode, you ask? This is a feature you can activate on either the QCPR Training app (max 6 racers) or the QCPR Classroom app (max 12 racers), which allows your learners to put their CPR skills to the test in a face-off style race using QCPR technology.

Amp up the competition between your learners to increase engagement, skills proficiency, and retention.

9. Enhance your CPR training by adding an AED Trainer

Laerdal’s AED Trainer 2 & AED Trainer 3 are great solutions to enhance realism and bring in more components to your training.

10. The Little Baby QCPR has a choking infant feature

What is the choking infant feature? The Little Baby QCPR has a unique characteristic that differentiates itself from the other Littles and infant CPR manikins.

Choking is one of the biggest reasons for cardiac arrest in infants. With the Little Baby QCPR, you allow learners to practice the not-so-gentle touch (otherwise knowns as back blows) to see what it takes to remove airway obstructions.

The QCPR Training App offers an audible cry functionality. When performed correctly, the removal of the simulated “foreign body” via back blows and compressions, will induce an audible cry by the Little Baby QCPR to provide audible feedback to the learner.

In the settings of the QCPR Training App, you can activate "five initial breaths" to follow the ERC’s guidelines (5 initial breaths prior to 30:2 or 15:2). It is also possible to manipulate the compressions per cycle (either 15 or 30) in the settings.

4 Questions to Determine if Your CPR Training is Effective

Achieving student engagement is a fundamental challenge in any form of education, especially when the student is a beginner or is someone refreshing their skills. If you are an instructor in Cardiopulmonary Resuscitation (CPR), you've likely struggled to keep people engaged - especially when teaching laypeople.

3 Key Highlights of the AHA 2020 Guidelines

In this article, we summarize three new Guidelines recommendations that have our clients talking. We’ve also provided some suggestions for how to train for these recommendations based on the Resuscitation Education Science section of the 2020 Guidelines.

Learn how to upgrade and number your manikins, how to set up a classroom layout, how to change your feedback scoring threshold and more.

Learn how to use the QCPR Training application with Little QCPR manikins and more.

Find out how to install your QCPR upgrade kit.