How to Reduce OB/GYN Malpractice Claims 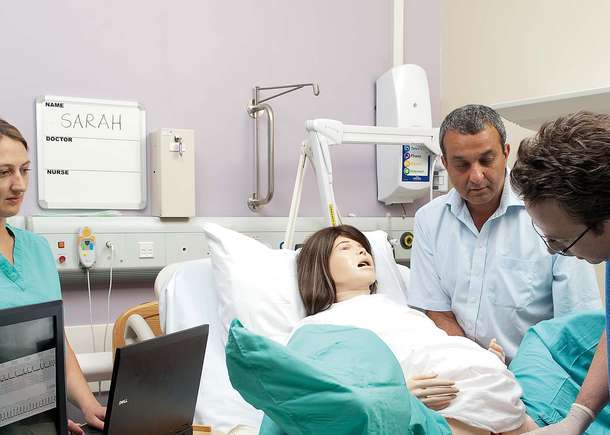 A recent study published in Obstetrics & Gynecology revealed some compelling results for Obstetricians/Gynecologists (OB/GYNs) – but also those working in risk management. The study, “Association of Simulation Training with Rates of Medical Malpractice Claims Among Obstetrician-Gynecologists,” is potentially a game changer. It determined that simulation training significantly lowered malpractice claim rates for OB/GYNs.1

In this article, we provide you with some key takeaways from the study, as well as some of our own content and research related to the topic of maternal outcomes. 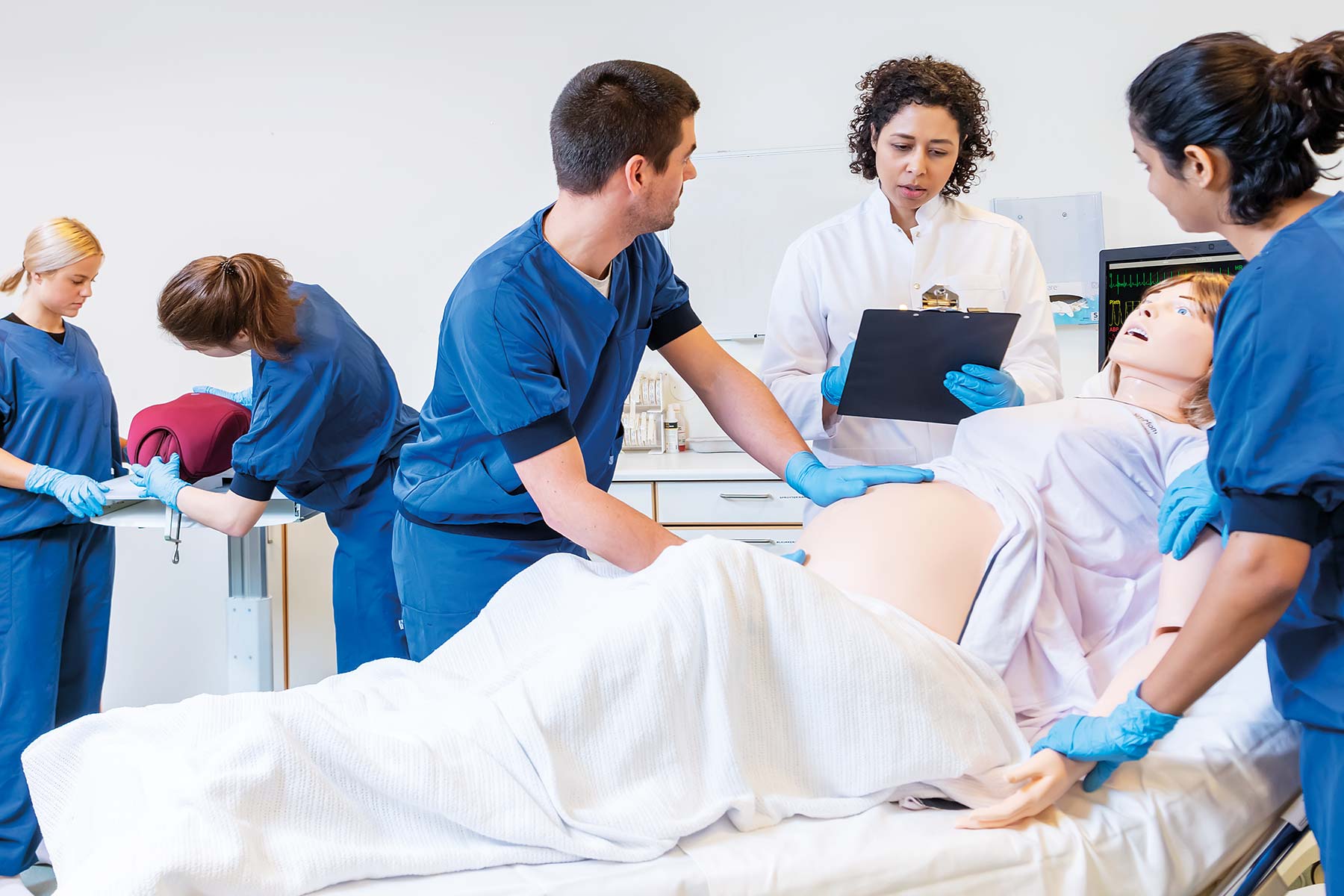 Key takeaway #1: The data on maternal outcomes shows that improvement is needed now.

While reduced malpractice claims were used as a measure, the study is ultimately about improving patient outcomes.

The study underscores that in the U.S., obstetric adverse events are estimated to occur in between 2% and 16% of all deliveries. One analysis found that 40.5% of adverse events could have been prevented.2

This alarming data raises concerns not only for patient safety, but for legal liability as well. OB/GYNs have one of the highest malpractice insurance rates of any medical profession,5 and 79% of OB/GYNs have been involved in a malpractice suit.6

Whatever your connection to labor and delivery, the data confirms that taking steps to make an impact on these numbers deserves priority. 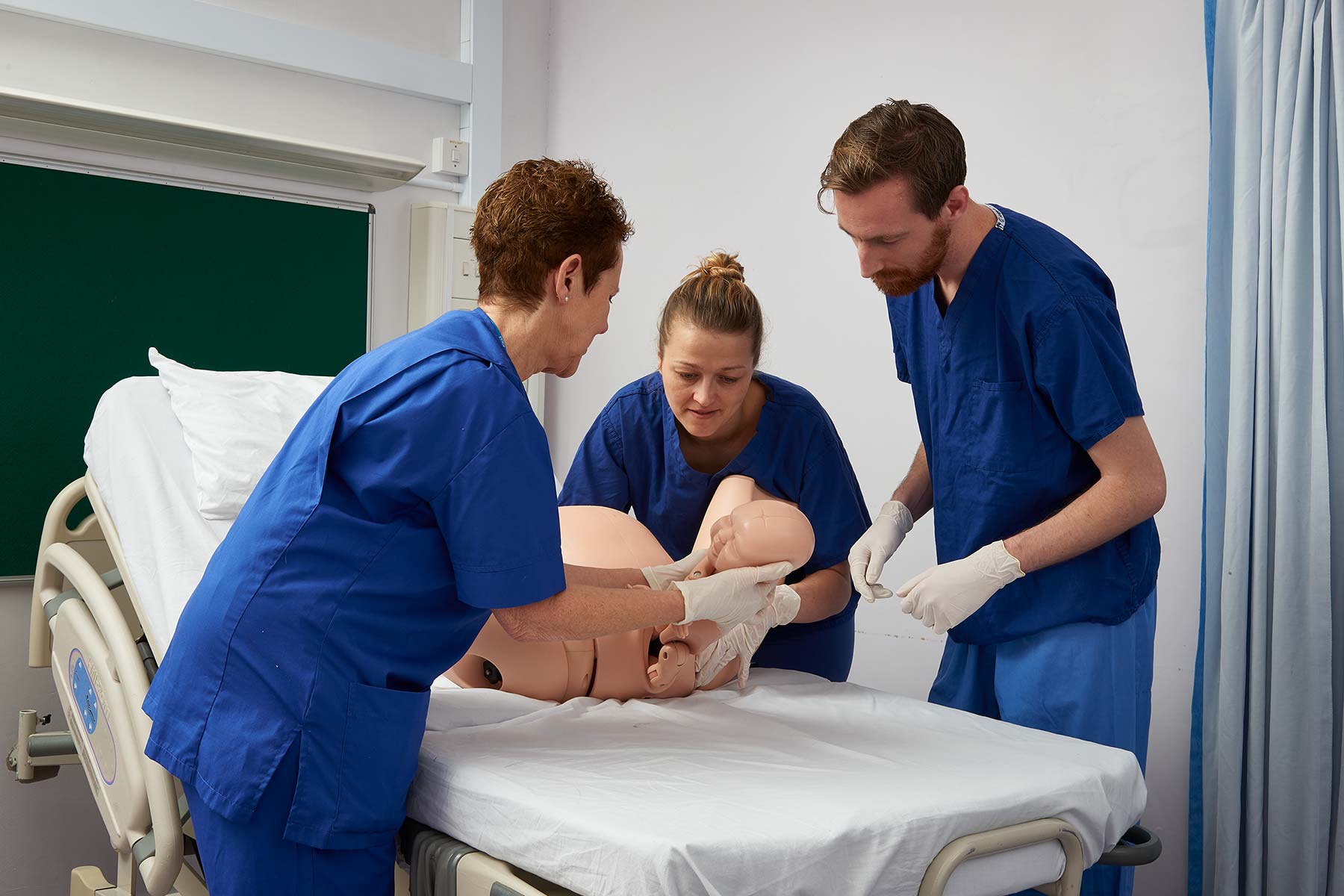 Key takeaway #2: This study was extensive, and spanned over several years.

The retrospective study was led by doctors and staff affiliated with four institutions: the Center for Medical Simulation, Brigham and Women’s Hospital, Harvard Medical School, and the CRICO/Risk Management Foundation of the Harvard Medical Institutions.7 They looked at the performance of 292 OB/GYNs, all of whom were covered by the same insurer and all of whom undertook one or more simulation training sessions from 2002 to 2019. The trainings involved low-frequency, high-acuity obstetric scenarios, and focused on teamwork, communication, and organizational culture. Each training was followed immediately by debriefing.

What the study revealed is that simulation training resulted in a nearly 50% decrease in malpractice claim rates. 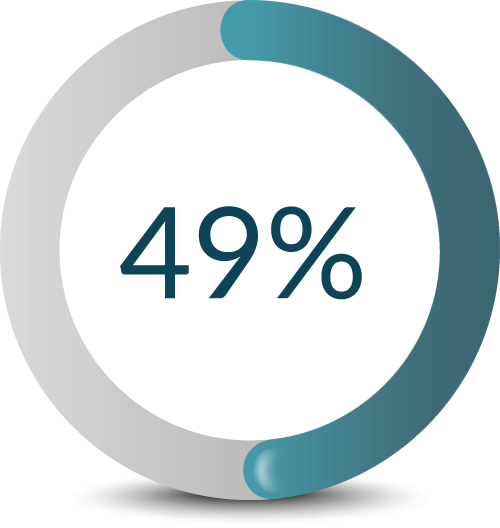 drop in malpractice claims during the study period.8

Research has been done in this area in the past but hasn’t been as highly publicized.

In 2012, the Premier Hospital network published a similar study based on 14 hospitals that participated in the Premier Perinatal Safety Initiative designed to train OB/GYNs and assist staff in response procedures to perinatal emergencies. The 14 hospitals used simulation as a training method. The results were that OB claims per delivery at the 13 hospitals decreased by 37%.9, 10

Measuring the effectiveness of a simulation program can be a challenge. In many studies, Likert scales are used to measure whether the participant felt that the training was valuable or believes that their skills have improved, vs. looking at the effect on clinical outcomes.11 Likert scales present participants with a statement and asks them to rate the extent to which they agree with it, using values ranging from "strongly agree" to "neutral" to "strongly disagree."12 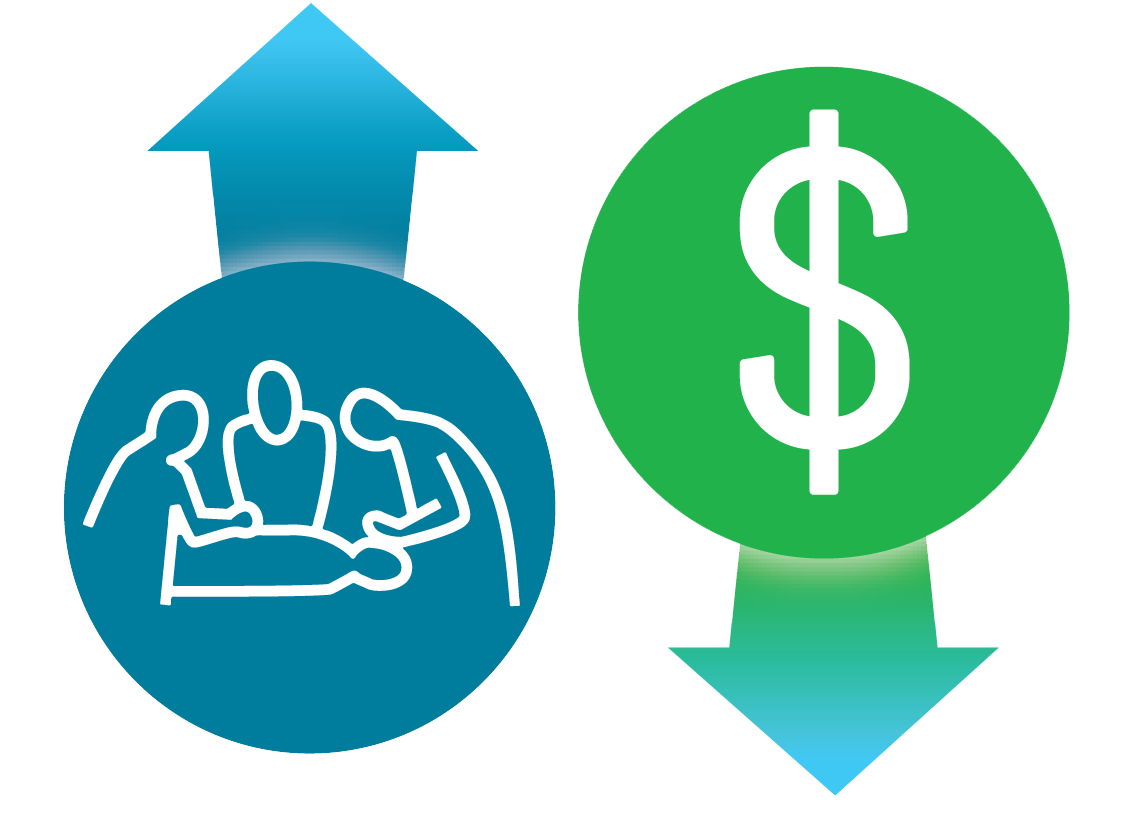 In this study, malpractice claims substantively take the place of a Likert scale or other measures. The study points out that claim rates are an objective, tangible, indicator of success. Major insurance carrier CRICO oversaw the collection of claims data to ensure impartiality and reliability. 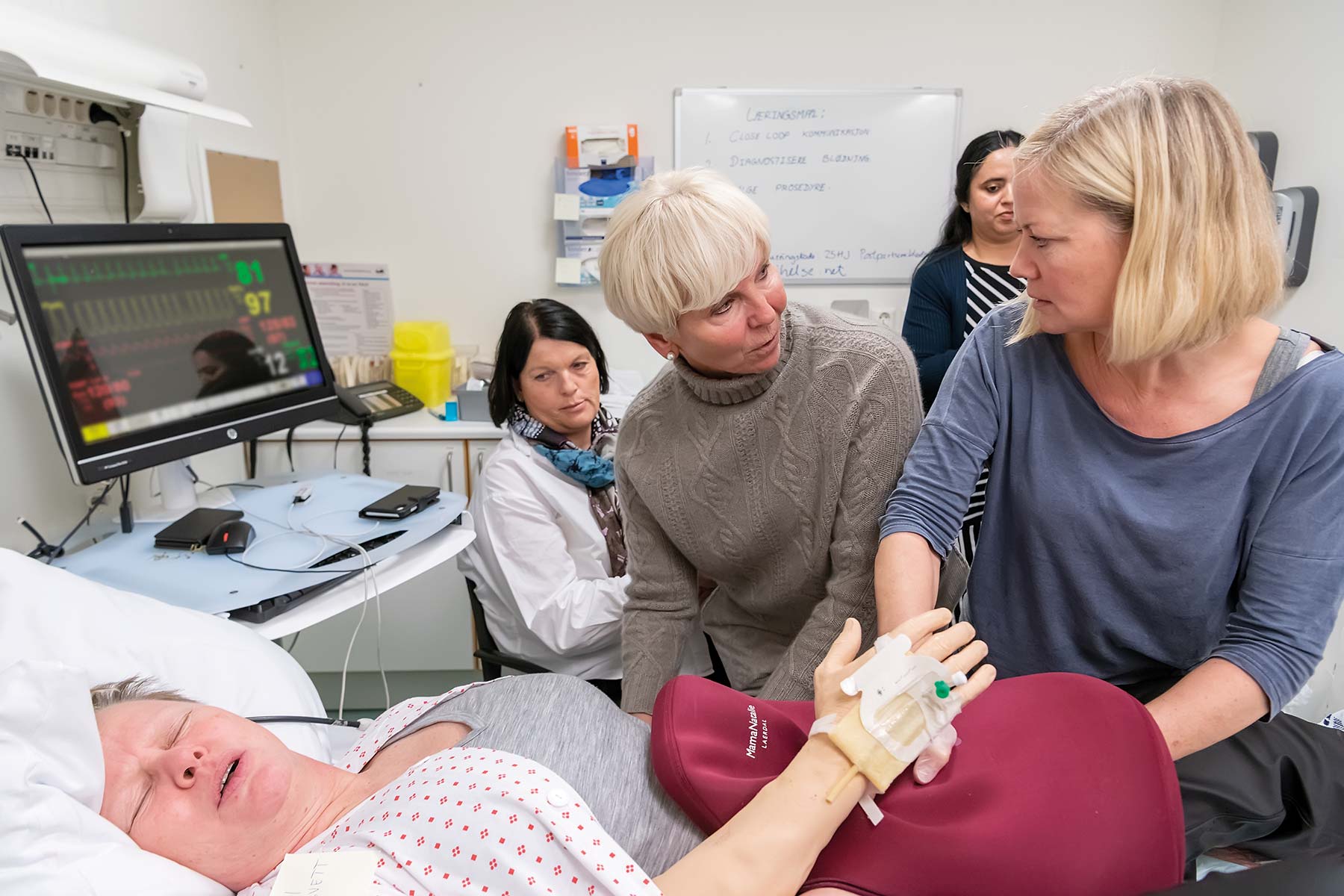 The authors of the study affirmed what experts have known for some time: the skills gained during the simulation trainings – namely, effective teamwork during high-acuity situations – helped promote safer care, leading to fewer adverse outcomes that could potentially become malpractice claims later.13

The Joint Commission found that 72% of adverse obstetric events were caused by communication issues.14

Naturally, the communication issues tied to adverse events have an impact on liability as well. One study found that 16-36% of malpractice suits against OB-GYNS involved miscommunication.15, 16

Recent research found that malpractice claims involving communication breakdowns were significantly less likely to be dropped, denied, or dismissed – and their mean total costs were higher. 17 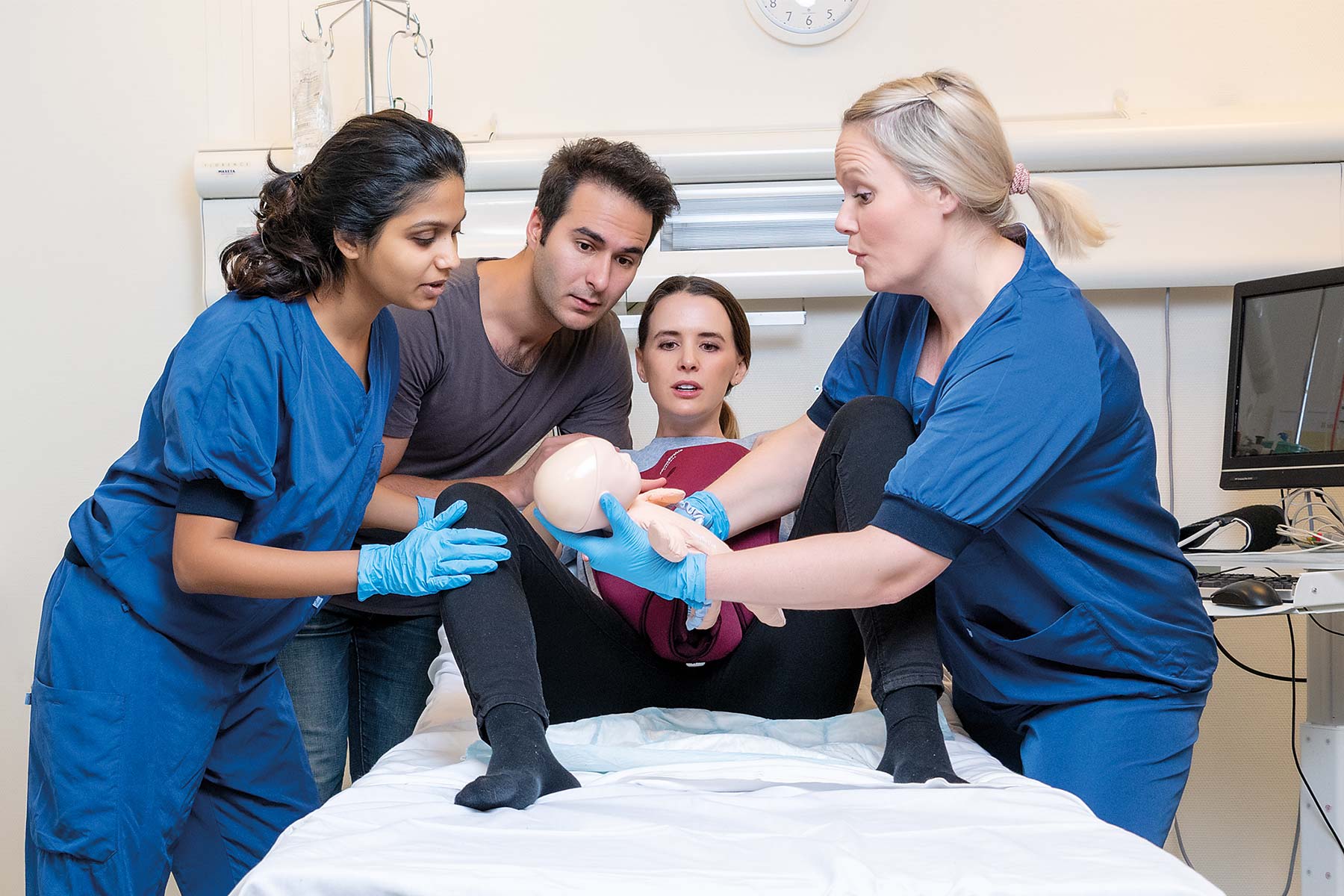 Over 50% of the typical hospital’s risk management budget is spent in labor and delivery.18 The staggering cost of malpractice insurance has led hospitals to seek alternatives. A study performed by the American Society of Healthcare Risk Management found that 80% of hospital risk managers are self-insuring their physicians.19 This all points back to the risk associated with labor and delivery and the potential consequences for patients – consequences that experts agree are preventable in many cases.

With maternal mortality rates continuing to climb, Laerdal is committed to helping reverse this trend.

Laerdal’s mission is helping save lives. We pursue that mission by helping organizations like yours use simulation to educate and train your staff to provide optimal care. Our goal is to help save an additional 1 million lives annually by the year 2030. We seek out specific areas in healthcare where the need is crucial, with labor and delivery currently being one of the foremost.

Below, you’ll find an abundance of resources to help you get started with using simulation to improve maternal patient safety while reducing liability. And if you’d like to speak with a Laerdal representative, please fill out the form below.

Helping You Make an Impact on Maternal Outcomes

In this Virtual SUN from March 2022, hear from Roxane Gardner, Md, MSHPEd, DSc, about a new study that she’s been a part of which shows a direct correlation between simulation-based training and lower malpractice claims in labor and delivery—lower by near 50%!

5 Reasons Why You Should Consider Simulation to Mitigate Risk

Healthcare is one of the most high-acuity, highly scrutinized industries in today’s world in terms of what is at stake. In this article, we dive into five specific ways simulation can make a difference. Each provides a reason why it is worth considering as a means of mitigating risk in your organization.

Patient simulation has been shown to make a major difference in mitigating risk and improving care quality. Download our eBook to learn how you can use simulation across every area of care in your hospital to reduce patient risk and improve the quality of care.

With our Managed Services Program we bring a flexible and sustainable solution that can meet unique training needs to ensure an organizations’ success. This full-service solution can bring any combination of: 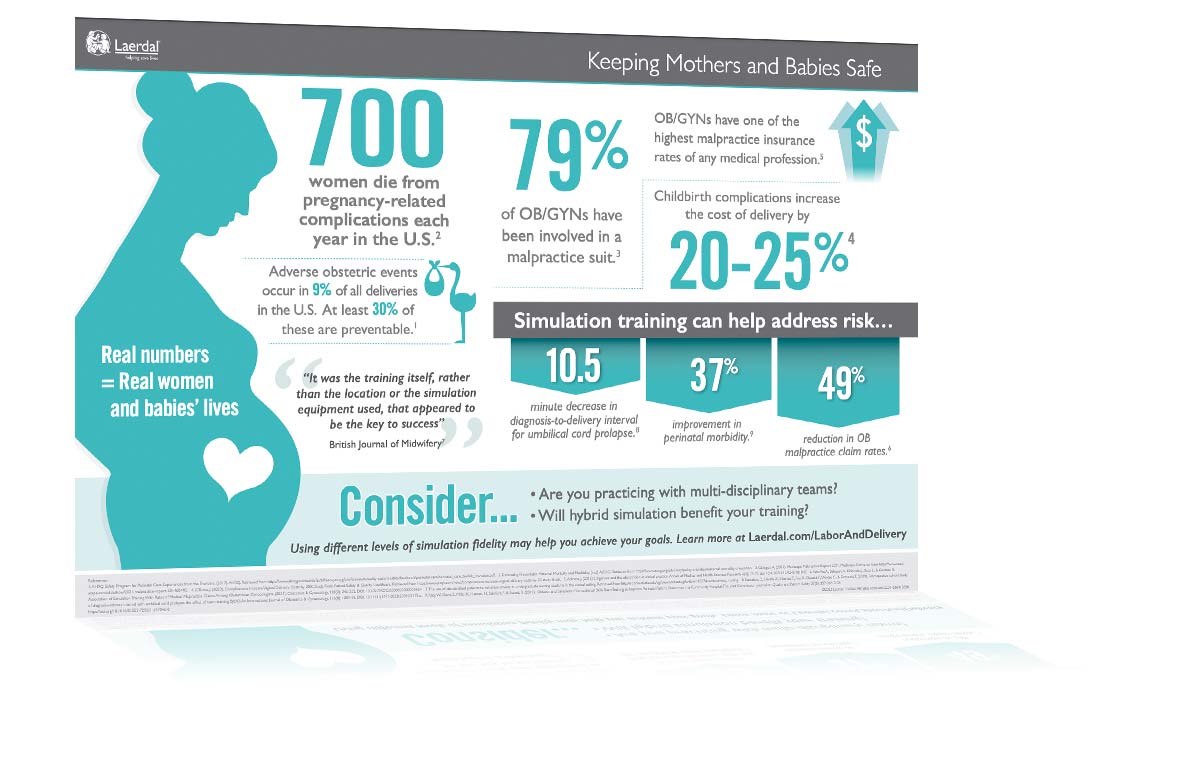 One of the most important objectives during labor and delivery is recognizing the potential risks to the mother and baby. Learn more with this free infographic.